REBELS WITH A CAMERA (AT)

“Rebels with the Camera” accompanies the three photographers and artists Cornelia Schleime, Gabriele Stötzer and Tina Bara. The three grew up in the GDR, in East Berlin and Erfurt. Like most women, they were looking for themselves as young women, but they were lost in a country that gave them no space. Each of the three came into violent conflict with the SED state, be it through a collection of signatures against Biermann’s expatriation, be it through subversive art that did not correspond to the official doctrines, or simply through their photos and self-portraits, which often show young women as nudes in pain and despair. 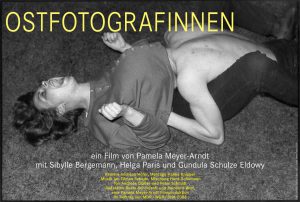